The Headwaters Trail System is a paved network of trails, portions of which run along the former Milwaukee Railroad corridor, through the City of Three Forks to Missouri Headwaters State Park. As its name implies, the park contains the origin of the Missouri River, formed where the Jefferson, Madison and Gallatin rivers meet. Visitors can camp where Lewis and Clark stayed on their famous expedition in 1805 across the country.

The scenic trail provides stunning views of the surrounding mountains and grasslands, winds around ponds and through old growth cottonwood trees, and ends on the banks of the Jefferson River. In 2007, the system was selected as the Montana Trail of the Year by the state’s Department of Fish, Wildlife and Parks. 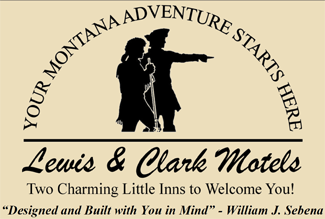 A charming and unique overnight little inn! Featuring our homemade banana bread in the morning. Old Milwaukee Railroad Clubhouse 1918 is our history! The Gathering Place- Your special event destination!

The Three Forks Voice is a weekly newspaper devoted to the people of Three Forks and the surrounding area. The paper was established October 17, 2018, by Melissa Jenkins and Jack Smith.

A-1 Wheatland Self Storage, Inc.